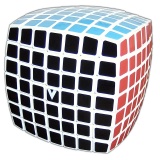 Big Cubes (also known as bigcubes or NxNxN cubes (N>3)) are cubical puzzles having an order larger than the usual 3x3x3 cube.

Until the release of V-cubes, the only mass-produced big cubes were the 4x4x4 Cube and the 5x5x5 Cube. With the V-cube technology it is now possible to mass-produce larger cubes, even up to the 17x17x17 Cube; already, it is possible for anyone to buy the 6x6x6 Cube and the 7x7x7 Cube.

A cube of any size can exist in theory, but the largest cubes can only be played with on computer simulators such as Gabbasoft or IsoCubeSim. In computer simulators, virtually any size is possible (although the larger the size is, the slower the program will run), but very few people have ever attempted any cube larger than the 20x20x20 Cube.

There are many methods for solving big cubes in general:

Prior to this, the largest order magic cube was 17x17x17 cubes large and consists of 1,539 parts. It's called "Over The Top" and was created by Oskar van Deventer (Netherlands) and was presented at the New York Puzzle Party Symposium in New York, USA, on 12 February 2011. Record was accepted by Guinness World Records. It is the largest cube available to the public, if at a high price. On 4 March 2017, YuXin announced a commercially available 17x17 cube via Facebook. 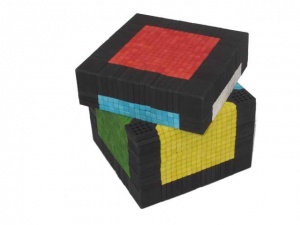