The term EO Step refers to the 3x3x3 first substeps which orient most of the edges while simultaneously solving other pieces. They are most commonly used in the ZZ method, although they can be applied to other methods as well.

The initial EO step from which the others were later derived is EOLine, invented by Zbigniew Zborowski.

The steps are ordered from easiest to hardest.

EO+X consists of firstly orienting all twelve edges and then solving other pieces separately. For example, EO+Line would be to solve EO and then the DF and DB edges, while the latter step is not influenced in any way during EO. Although very easy and often used by beginners, this approach makes the solve less efficient and require at least two looks. 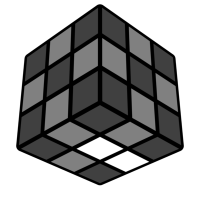 EODB is used in the Portico method by Matt DiPalma and solves the DB edge after EO. 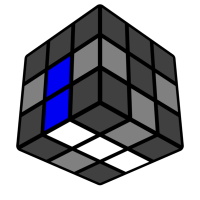 pEOLine is used in ZZ-top and consists of solving the DF and DB edges like in EOLine. However, since only the F2L edges are oriented, this is called pEOLine (partial EOLine). Only orienting these edges leads to easier planning but a worse Last Layer. 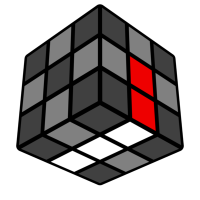 EOSlice is the first step of ZZ-Slice. It is similar to EOLine and only differs in the position of the line edges, as DL and DR instead of DF and DB are solved. 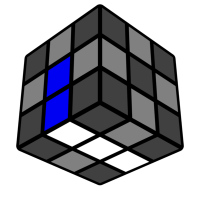 EOLine was the original EO Step invented by Zbigniew Zborowski and solves a line of the DF and DB edges. It is followed by blockbuilding two blocks on L and R to solve F2L-1 + EO.

Even though it used to be the most common way to do ZZ, it has mostly been replaced by EOCross and is usually confined to One-Handed Solving. 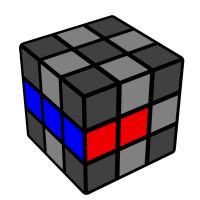 EOEdge (or Line On Left) is an EO step initially invented for MI2 and SSC, although it can be used in ZZ via ZZ-LOL. It is similar to EOLine, except that the line is made of the FL and BL edges rather than DF and DB. 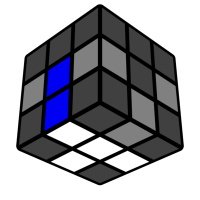 pEOArrow or Partial EOArrow was proposed by Brayden Mossey and Alex Maass for the Hawaiian Kociemba method. Basically, you build cross minus one edge, a so called Mock Cross or "Arrow", and simultaneously orient only the F2L edges, like in pEOLine. 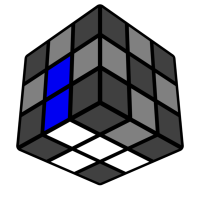 EOArrow is an extension to pEOArrow which orients all edges. Although initially only used for Hawaiian Kociemba, it can also be applied to ZZ where it is the second most used EO Step for two-handed solving (after EOCross). In the variant for ZZ, one solves the arrow edges (usually DF, DL and DB or DF, DR and DB for left-handed people), followed by two F2L pairs on L (or R) and the right (or left) block. In Hawaiian Kociemba, the only difference is that the DR edge remains unsolved.

EOArrow can be seen as either a combination of EOLine and EOCross or EO applied to a Mock Cross. 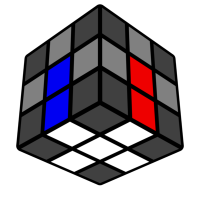 EOCross was invented when CFOP users applied the Cross to ZZ. So instead of only two D layer edges, all four are solved. The rest of the F2L is solved using CFOP-style F2L pairs. Nowadays, it is the most common way to do ZZ two-handed. 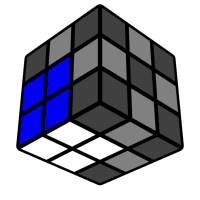 With EO, a 2x2x2 block is solved. This is used in the WaterZZ method which was inspired by WaterRoux.

Since WaterZZ has a completely different approach to ZZ, it can't be compared with the other steps. 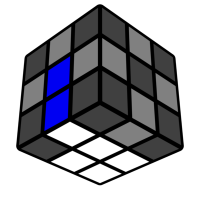 XEOLine (or also called XEOArrow) is when an EOLine and a 2x2x1 block (usually on L) are solved simultaneously. This is inspired by XCross and is a very advanced version of EOLine and EOArrow. The normal approach to continue the solve is to solve the remaining F2L pair on L and then a block on R. 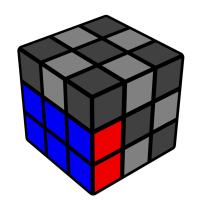 FBEO (or EOFB, not to be confused with the EOFB variant of EOLR) solves EO and First Block (a 1x2x3 block). It can be used in Roux and EOMR (a LEOR variant). 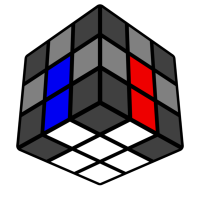 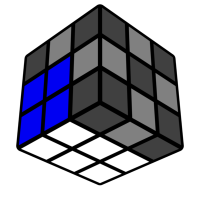 EO223 in one step (what Petrus achieves in three and LEOR in two) would be the ultimate EO Step. However, it seems pretty much impossible to plan it every time, although if it can be planned, the results usually are really good solves like Yusheng Du's 3.47 WR single.