The orientation of edges of the cube, often only EO (edge orientation). An edge is considered oriented if it can be solved using only <L,R,U,D,F2,B2>. Methods such as Roux (6 edges), ZZ (all edges), and Petrus (7 edges) include this as a substep. Other puzzles such as the Square-1 have EO as a common substep (EO on a Square-1 is more precisely a separation of edges to the correct layers but it is always referred to as edge orientation.) 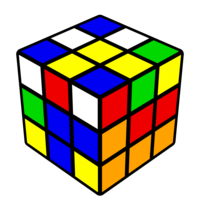 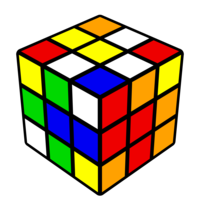