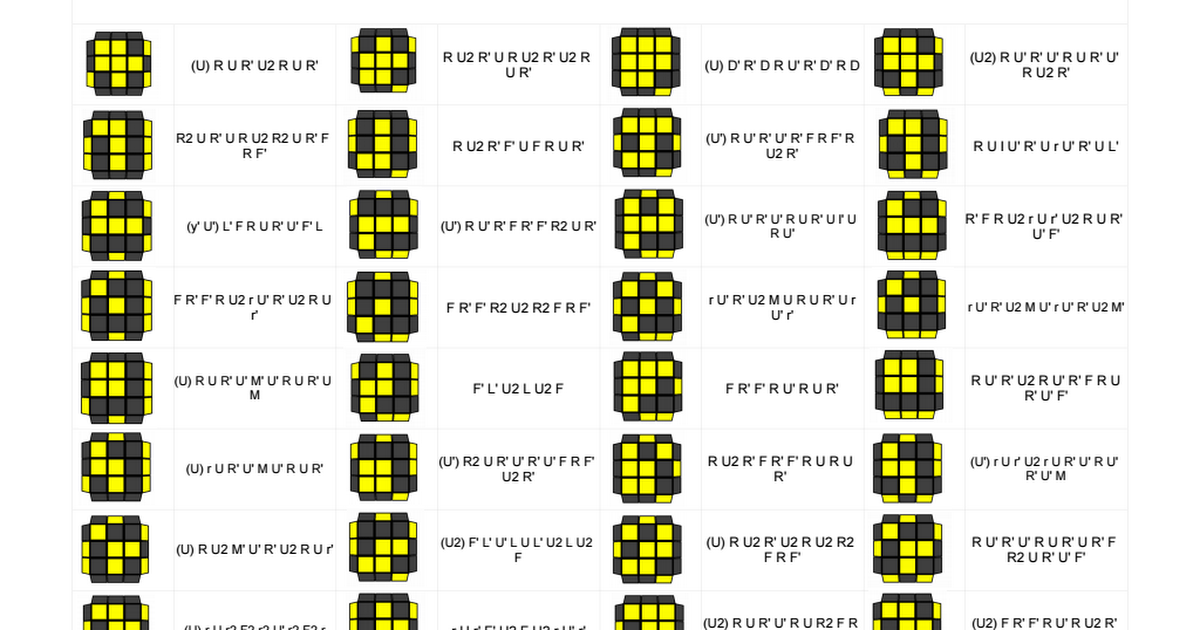 docs.google.com
That's a link to the ribbon method sheet, although the TTLL algorithms aren't necessarily optimised.

Apolo said:
I want to try this but do you have a link of all the ttll algs
Click to expand... 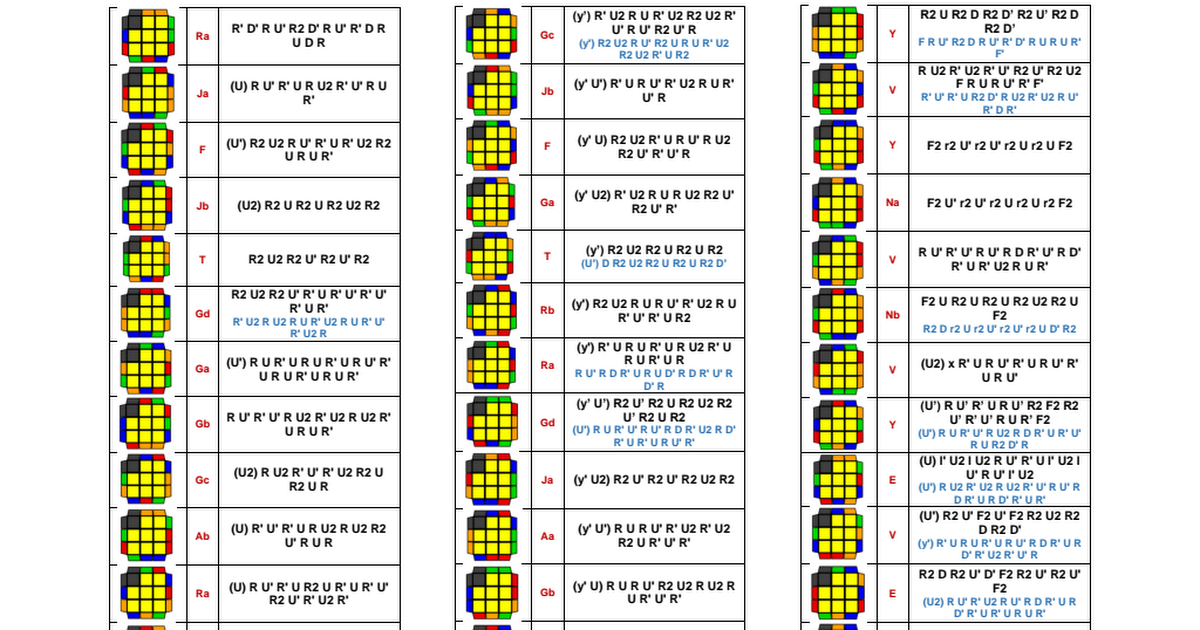 KM the cuber said:
I don't understand this please make a video
Click to expand...

PLZ That will make it much more undertsandable.
ALso plz share a link

RubiksLVR525 said:
PLZ That will make it much more undertsandable.
ALso plz share a link
Click to expand...


I had forgotten to make a video lol. Hopefully seeing it will help make more sense. If you have any more questions just let me know! j
PS: Ignore my voice lol, I had just woken up and recorded it.

2. I gave some thought as to when it is best to use free slotting during a solve and I currently think that it is best done at the beginning and should be planned in inspection. There are many reasons for this. The first is that inspection and look-ahead are the two biggest separators of skill, and being able to inspect more in makes the solve drastically easier.
I realized another nice side benefit of doing the free slot pair first, or at least planning it in inspection, is that it makes pseudoslotting a lot easier since you will know where on slot with a correct edge is and you would only need another slot with a corner, which thus eliminates the need for TTLL at all in solves performed like this.

However, I still think TTLL will be worth using in some cases instead of doing pseudoslotting. The first is that if you opt to do psuedoslotting, you won't be completely done with that F2L slot; you would have to use mental resources again on that slot. The second reason is that there will be times using TTLL instead will give better LL cases over pseudoslotting. Finally, there will be times where it is just easier to plan multiple normal F2L pairs, and will be better off doing the free slotting, if need be in the solve, later in the solve.