Cube4You are a well known puzzle store based in Shanghai, China, selling a wide range of products. The store was particularly well-known from around 2007 to 2012 as the principal online store for Chinese-manufactured cubes. Cube4You also manufacture their own puzzles.

Cube4You came to prominence in 2007 as an online store selling some of the first Chinese-made cubes internationally. These they initially sold as DIY kits. Cube4You listed these homegrown cubes as Type A, B, C, D, E, and F. For nearly 4 years these "Type" cubes dominated the world of speedcubing, and several models became available in each type (Type A I, Type A II, Type F1, Type F2 etc). The final stage in this era was reached in mid 2010 with Type F2 and Type A5 (or Alpha V) cubes.

Cube4You also made their own Cube4You cube (also known as C4Y cube, or the C4U DIY). They were sold at www.cube4you.com and www.cubefans.com. Well-known around 2010, Cube4You cubes were highly regarded for their good corner-cutting. They also tended to pop less and have smoother turning than Type A cubes. They were available in many different colors (around 21 different shades). When adjusting the screw they were VERY touchy to tension, even 1/16 of a turn affecting the performance greatly. After the tensions have been set all sides the cube would lockup less and pop less. The Cube4You cube was also known to lockup and needed breaking in. After breaking in the cube the speed improved greatly with less noise. 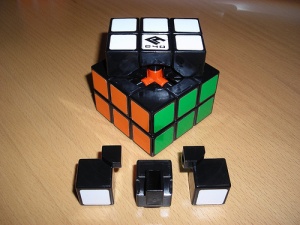 This was one of the later designs that incorporated tiles instead of stickers. The tiles could be interchanged with different styling of tiles such as braille, arrows, maze, Sudoku, etc. (for super cube styling). Very sturdy and excellent Turning quality out of box. These cubes come in all sorts of different styles. There was black, white, glow in the dark, transparent and more! 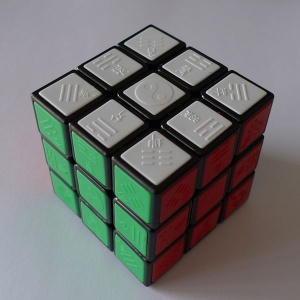 These were some of the more challenging puzzles made by Cube4you. They came in black or white. 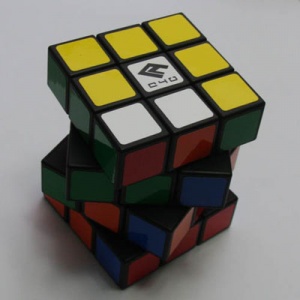 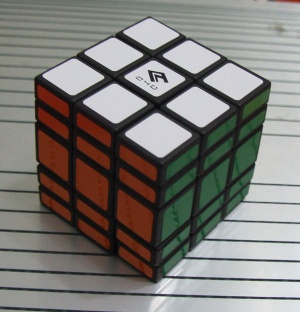 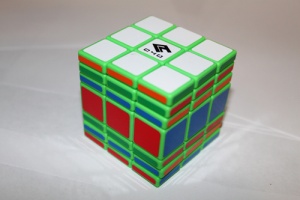 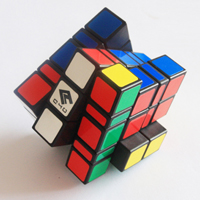 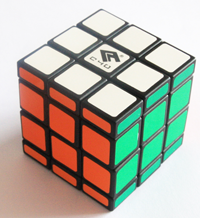 One of the first two mass-produced Gigaminxes. The General consensus was that the MF8 Gigaminx was of better quality than the Cube4You and that the Cube4You version didn't turn very well, even with extensive modding. 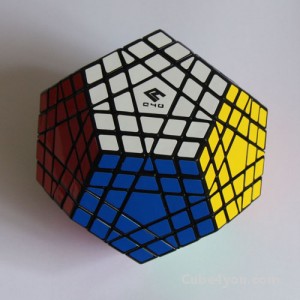 One of the first two mass-produced teraminxes. Very sturdy with good turning quality out of the box: 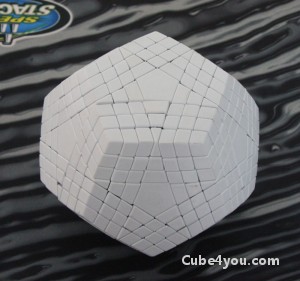