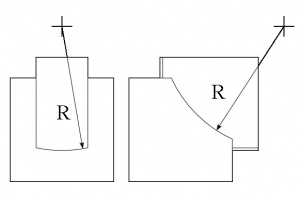 An edge piece of a puzzle is normally a piece (also called cubie for a cubic puzzle) that has two stickers (because it is part of two faces). On the 3x3x3 there are 12 edges, and for each pair of adjacent colors there is only one edge with those two colors. On larger cubes (such as the 5x5x5), however, there are several edge pieces for each pair of colors, as you can see in the image of all edge pieces on the 5x5x5.

On larger cubes there are actually two types of edge pieces: midges and wings.