ShengEn were a Chinese company known as the manufacturer of the Type-B and Type-F 3x3x3 cubes which were popular from 2007 to 2010.

Type B cubes were an early brand and considered inferior to the other DIY types. However many of the more 'exotic' color cubes were of this type, such as transparent cubes. Type B cubes were sometimes used in hybrid cubes, for example Erik Akkersdijk (former world record holder) used Type-B cubies with a Rubik's DIY core as his main cube. 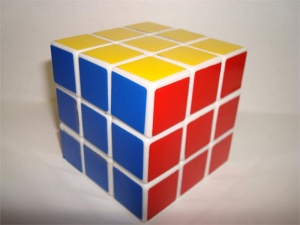 Type F cubes were different in that instead of having caps on the inside of the pieces, they had caps on the outside to keep the rubbing surfaces as smooth as possible. However the core was considered poor quality with a tendency to deteriorate after lubing. They could be replaced with a Type A core and improved. Type F cubes were often considered to be the smoothest cubes on the market. They turned relatively fast and were used by some speedcubers. 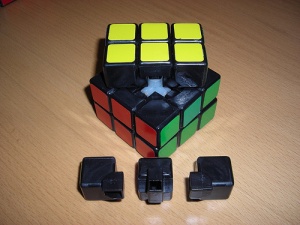 Type-F II cubes were widely considered to be similar in turning quality to the Type-F, but without the drawbacks of core deterioration. The cube had slightly rounded cubies and edges that were truncated and capped. The rounded cubies caused average 3x3 stickers to be 1mm too small, and the tiles to extend out from the cubies a little. The truncated edges presumably reduced friction in the cube and prevented the edges interfering with the core. This cube was quite light compared to other cubes, which coupled with the smooth turning gave the cube a delicate feel.

Under the correct tensioning this cube could corner-cut 3/4 of the centre piece with minimal effort and without popping. With its rounded cubies there was even a limited amount of reverse corner cutting.