Nautilus is a speedsolving method developed by James Straughan. It was originally developed in 2006 but was re-developed with additional variants starting in 2020.

The first step is to solve the first two layers minus a square. Typically this would be the dFr square (DF edge + DFR corner + FR edge). However the dBr, dfR, or dbR squares can also be left empty. There are a few good approaches to building this shape. If the empty square is at dFr, the standard way is to build a 1x2x3 at dL then a 2x2x2 at dbr. Users can also build a 2x2x2 at dbl, the pair at DFL+FL, and the square at dbR. Another good option is to solve the first layer minus the DF edge and DFR corner then add the three E-Slice edges.

Before, during, or after the primary shape, all edges can be oriented to reduce the number of cases for proceeding algorithm-based steps. After the first step, the solve is completed using one of several variants. 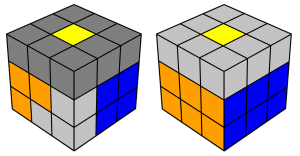 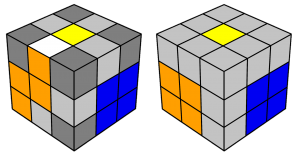 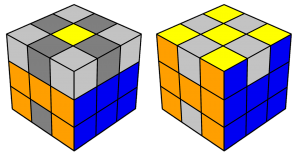 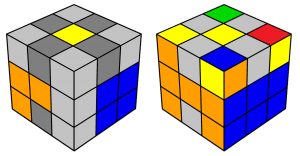 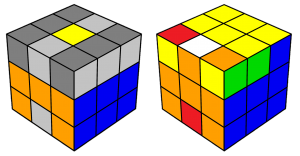 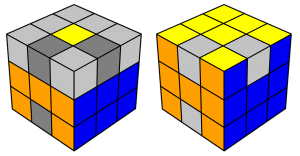 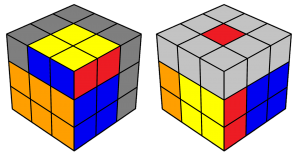 In 2006, the MI1 method was developed. The primary shape in that method was very close to the one in Nautilus. The only difference being that the DR edge wasn't solved. It was found that having the DR edge slot be empty caused problems for ergonomics. So that same year it was decided to solve the DR edge along with the rest of the shape and branch Nautilus off into its own method. This produced much better ergonomics and led to better variants. In 2020 new, more advanced variants were added to the method.