GhostHand (or Ghost Hand; 鬼手 = GuiShou) are a Chinese puzzle manufacturer. Their cubes, which were generally regarded as being at an intermediate-level of quality, achieved some international fame in the years around 2010. 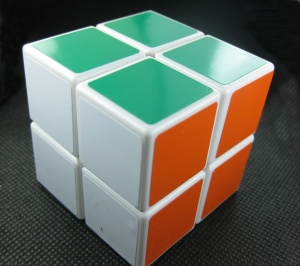 Similar to the LanLan 2x2, the GhostHand contained a screw/spring structure which gave its ability to corner-cut about 30 degrees. The overall design was rather sharp and had a orange sticker which made it one of the most popular 2x2 cubes. The internal mechanism was rather different from the LanLan and East Sheen. The pieces are curved and seem modded. The turning speed was regarded as superior to the LanLan. If tension is adjusted correctly, performance rises. The cube popped often when over-corner-cutting or when used roughly. 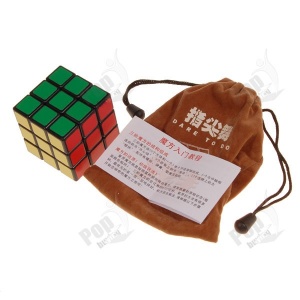 It was considered a smooth and light turning cube. The stickers were fairly poor quality with a tendency to fade. The cubie design was very similar to the Type-F, but with a different plastic. It could corner cut over 45 degrees. The cube tended to pop if not properly tensioned.

Released May 2017 after a break of around 5 years. (The Chinese name 涅槃 NiePan means reborn).

There were two different versions of the GhostHand 4x4.

There were two different versions of the GhostHand 5x5.