The +2 cases for PLFC are the two last layer permutations (Adjacent and Diagonal swap) that occur if the last corner of first layer skips to place. 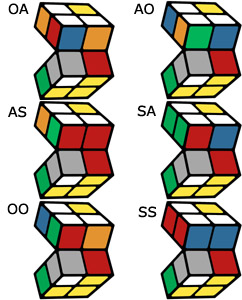