V-cubes were invented by Panagiotis Verdes and are produced by Verdes Innovations S.A., Verdes's company located in Greece. The design of these cubes is completely new and different from all pre-existing designs, as it is based on the cone and as the pieces hook together instead of simply being held together by the centers. In addition, the plastic used for the V-cubes is a bit more elastic than the normal plastic for cubes. This leads to several advantages:

It is very important to note that V-cube was also the first company to ever mass-produce the 6x6 and 7x7 puzzles. In fact, only a handful of these higher-order cubes have ever created by anyone else, and none of those designs were stable enough to be mass-produced. Not only are the V-cubes the first to have such large sizes, however, but every size of V-cube can be speedsolved, and the V-cube 5x5 is far better than any other brand on the market. In short, buying a set of V-cubes is very highly recommended for anyone who is interested in solving big cubes.

This is almost certainly the best type of 5x5. The mechanism incorporates new principles which allow it to have low friction but also to remain intact even when several pieces are removed. Although it can take some time to break in, this type of 5x5 to the point where it is very easy to turn, a V-cube 5x5 will easily cut corners without being broken in or lubed at all. 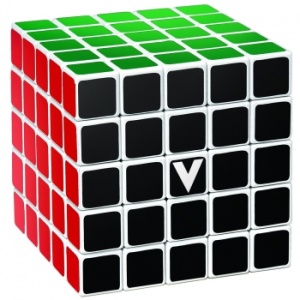 V-Cube is currently the only manufacturer of 6x6x6 cubes. 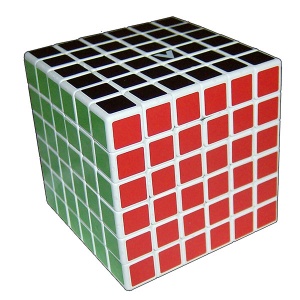 V-Cube is currently the only manufacturer of 7x7x7 cubes. 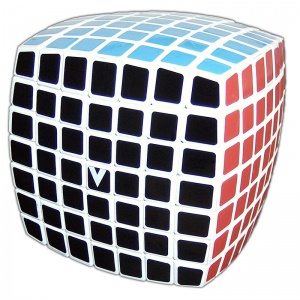 The V-Cube is protected by patent worldwide, which has led to some controversy regarding knock-offs. Even puzzles types that are not available, such as the Maru 4x4x4, are considered in violation of patent, as the mechanism is inspired by V-Cubes.