Difference between revisions of "StrykerZ"

The Stryker Z is a real, two gen, thirty two move algorithm for the Z-perm in the PLL stage of the Fridrich Method. The algorithm, made by Lucas Garron, is this:

The story of this unwieldy algorithm is this, as told by Lucas: 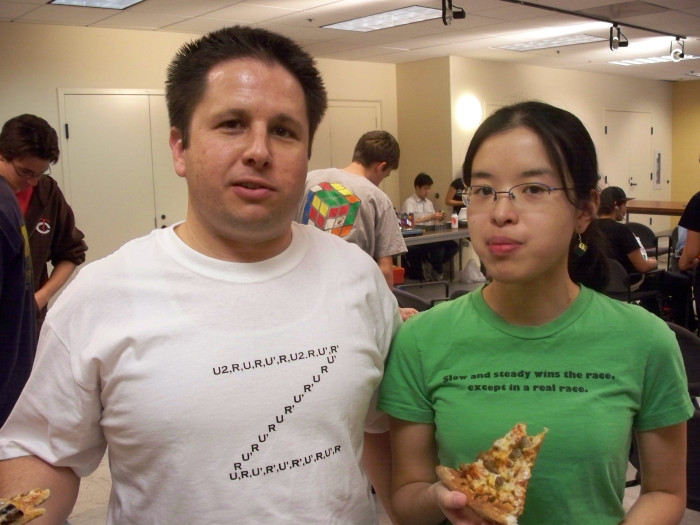 John George and Stryker Langdon are two professional magicians in LA who come to some competitions with the California crew (and also to some Nationals, where they are known for their magic shows). When Stryker was learning PLL, I’m told, he saw Dan Dzoan using a 2-gen alg for the Z-perm, and said “I have to learn that.” He didn’t care how long it was, 2-gen was just that good. Apparently John George agreed to ask someone for the alg and send it to Stryker. However, when many of the organizers (but not Stryker) were at John’s house after a 2008 DSC competition, he decided to pull a prank on Stryker. He asked if anyone could come up with an extra-long 2-gen alg that he could send to Stryker, pretending it was a good 2-gen alg....Stryker was a little reluctant to learn the alg. It seemed nice, but longer than he thought it looked. So, here’s what we did: I practiced the alg a lot, and filmed a short video of me executing the alg in about 3 seconds, which John sent to Stryker. He explained that Lucas *even took the time to make a video* just for him, and it would be impolite not to learn it. I don’t know how it went from there, but eventually Stryker found out that this was not a real Z-perm that we use, and learned a shorter one. However, he also learned that this joke alg had now entered folklore as the “Stryker Z,” so he actually took the time and learned all 32 moves. The phony Z perm has entered cubing lore and has stayed there ever since.