Also known as the 'Mini Cube'. Rubik's brand 2x2's are smaller and more prone to locking up than Eastsheen. Although they are not often used, some of the faster 2x2x2 solvers prefer this brand. 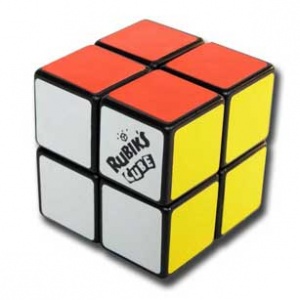 Store-bought Rubik's cubes are popular among beginning cubers due to their widespread availability. They are generally decent for speedcubing, but the centers are riveted rather than screwed into the core, so tension is not adjustable. According to User:BeastlyFry there is about a 50% chance of getting a good store-bought cube, :so you might have to buy a few of them before you find one that you like. the best thing for this cube it to lube it with a petroleum base product for about a month then clean it and then using a silicone based lube. check out lubrication and cleaning from more information.

These cubes are, as the name suggests, available at Rubiks.com. DIY means that the puzzle arrives disassembled and requires you to assemble it yourself. They have been criticized because the center caps do not stay in as well as some other designs, although this can be fixed with either glue or a small square of paper. A better fit can be achieved once some extra plastic is shaved off. Still, unlike store-bought cubes, the center tensions are adjustable, so these cubes are favored by some cubers.

Rubik's brand 4x4s (before the retooling) are often used by older cubers, since they can be extremely good but require a long time to properly break in. These cubes can get surprisingly loose before they become unusably pop-prone, because unlike the Eastsheen cubes they do not have internal pops. Rubik's has now re-tooled this cube, and it now has a slightly modified mechanism. People have said that this cube locks up too much and pops too much. This brand is now being used less due to preference towards other brands, such as Eastsheen and Meffert's brands, and more recently MF8/DaYan and QJ. 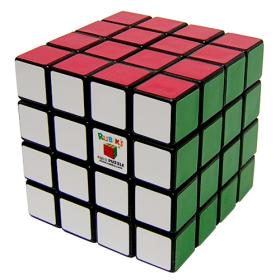 The Rubik's 5x5 is not a very good speedcube and is known by some as a "Rubik's Brick" due to the extreme amount of force that was once required to make turns on this puzzle out of the box. Although this puzzle has been retooled, and the newer Rubik's 5x5 cubes are much better, they are still not as good as the V-cubes. The outer layers tend to be much harder to twist than the inside layers. This is the largest of the main 5x5 brands. 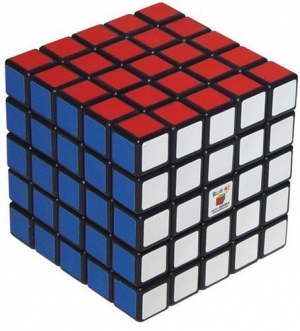 Other Puzzles Only Produced by Rubik's