Meffert's is a puzzle company originally founded by Uwe Mèffert in 1981 to manufacture the first Pyraminx, which sold over ten million before Christmas. He went on to market and produce many twisty puzzles with the aid of various puzzle designers.

Meffert's most famous puzzle, invented by Uwe Mèffert, is the Pyraminx, which he developed in the early 1970s and released in 1981 once the Rubik's Cube craze hit. Meffert's company produced several other puzzles (mostly from other inventors) in the early 1980s, which include:

Meffert's makes a wide range of regular and unusual puzzles. The company focuses on non-WCA puzzles, rather than speedcubes, although there are some WCA puzzles (no longer considered good speedcubes). Meffert's range includes:

The Pyraminx is Meffert's original puzzle. 1980s versions came in white plastic with stickers. In the 2000s Meffert's brand was a preferred choice among cubers. They later produced a Pyraminx II as an improved version of the original.

Another puzzle which was once exclusive to Meffert's. Invented by Tony Durham. 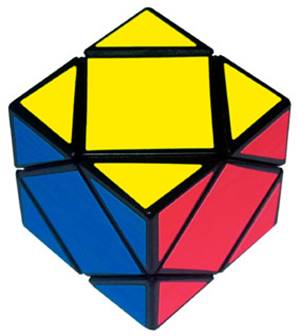 Meffert's Megaminxes were highly regarded, and in the 2000s were considered to be the best available, but were fairly expensive and often out of stock, making them less accessible than the Chinese brands.

Meffert's manufactured (didn't themselves sell) the Rubik's Revenge for Ideal Toys in the 1980s. They started selling their own "Master Cube" in late 1999. Out of the box they were stiff but with a little lubrication and some breaking-in they became quite good. It was based off the old Rubik's mechanism. In the 2000s it was often a preferred cube: it could cut corners better than the Eastsheen 4x4, and was less prone to lockups than the Rubik's re-tooled version. 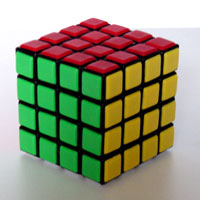 Meffert's also first manufactured 5x5 cubes in the early 1980s. In the 1990s they were selling them as the "Professor Cube". The center caps could be removed to loosen the cube. It was considered heavy, but it came pre-lubed, and moved well after breaking-in. 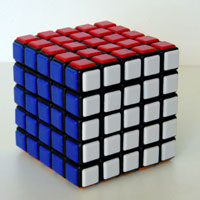 The Morphegg is a shape-mod based on the 3x3x3 mechanism. When scrambled the puzzle changes shape, loosely resembling a pine-cone. The goal is to return the puzzle to an egg-shape. It is a similar idea to the Mirror Blocks, however some parts are identical, and others may appear solved when oriented a number of ways. This gives way to various parities which make the puzzle more interesting, and arguably more challenging to solve than a regular 3x3x3.