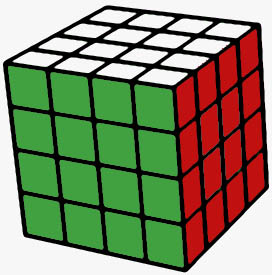 A Rubik's Revenge in its solved position.

The Rubik's Revenge (also known as the 4x4x4 cube, and normally referred to as the 4x4x4 or 4x4) is a twistable puzzle in the shape of a cube that is cut three times along each of three axes. There are two main brands for this puzzle, both of which are popular for speedcubing: the Rubik's, patented by Peter Sebesteny in 1983, and the East Sheen, patented by Chen Sen Li in 1999. 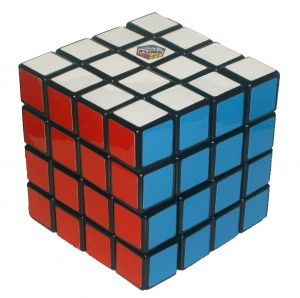