NMCLL is the name given to the last layer of corners when one layer is offset by 90 or 180 degrees. It is a subset of A2 and can be used as a 2x2 method in combination with, and using the same algorithms as, CLL. NMCLL is also used in 3x3 methods, such as Roux, ZZ, and Petrus when matching or non-matching blocks are built. NMCLL was originally proposed by Gilles Roux for the Roux method and the recognition method of using the L/R color orientation along with pre-determined pattern positions was co-developed by Gilles Roux and James Straughan.

During a solve, it isn't initially required that the bottom layer of corners match. In Roux, for example, this gives four options for the second block. These pseudo blocks also have an effect on the U-layer corners. More stickers from the F, B, and D layers can be mixed in. While any recognition can be used, the traditional ways are difficult to use with all non-matching corner types. A recognition method has been developed specifically to solve this problem and works equally well with matching and non-matching corners. All of the same algorithms are used, though memorization of two patterns per algorithm is required. The use of this technique reduces the number of moves in the solve. This is useful for any method that has a corner solving step, such as Roux, ZZ+COLL, and CLL/EG.

This has the same recognition speed as the method used by speedsolvers for normal corners. This method works equally well for both matching and non-matching corners. Just like usual recognition methods, users can change the pre-determined pattern locations to better fit their own style or to perform recognition from all angles. 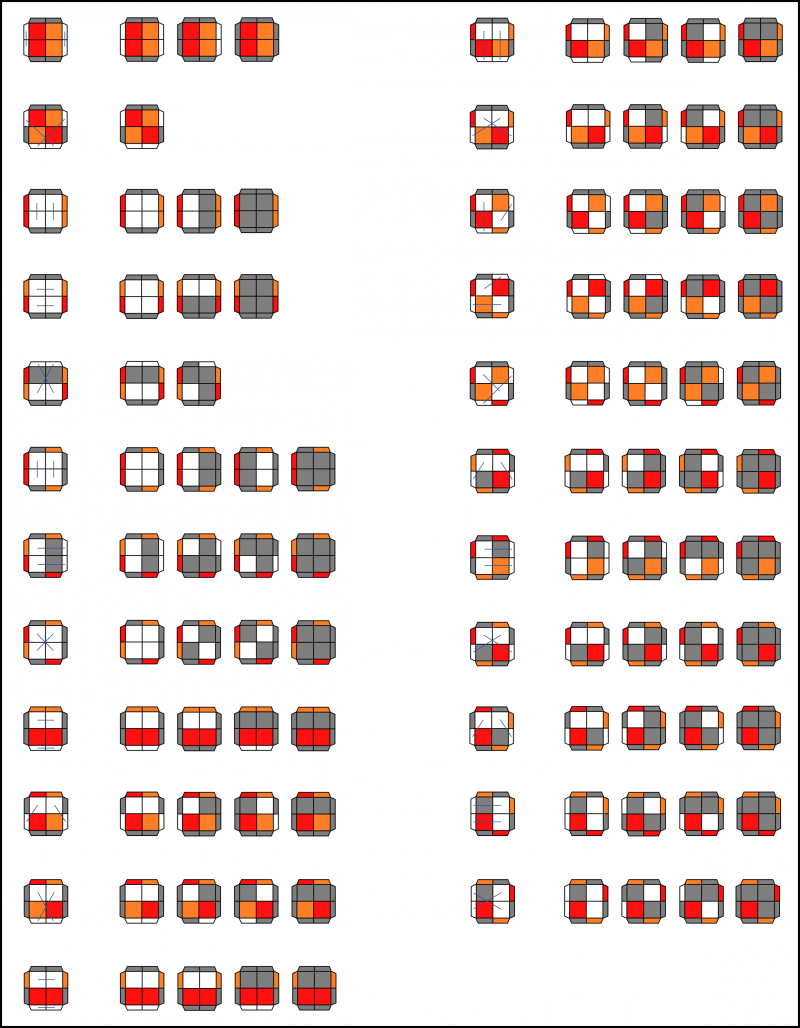 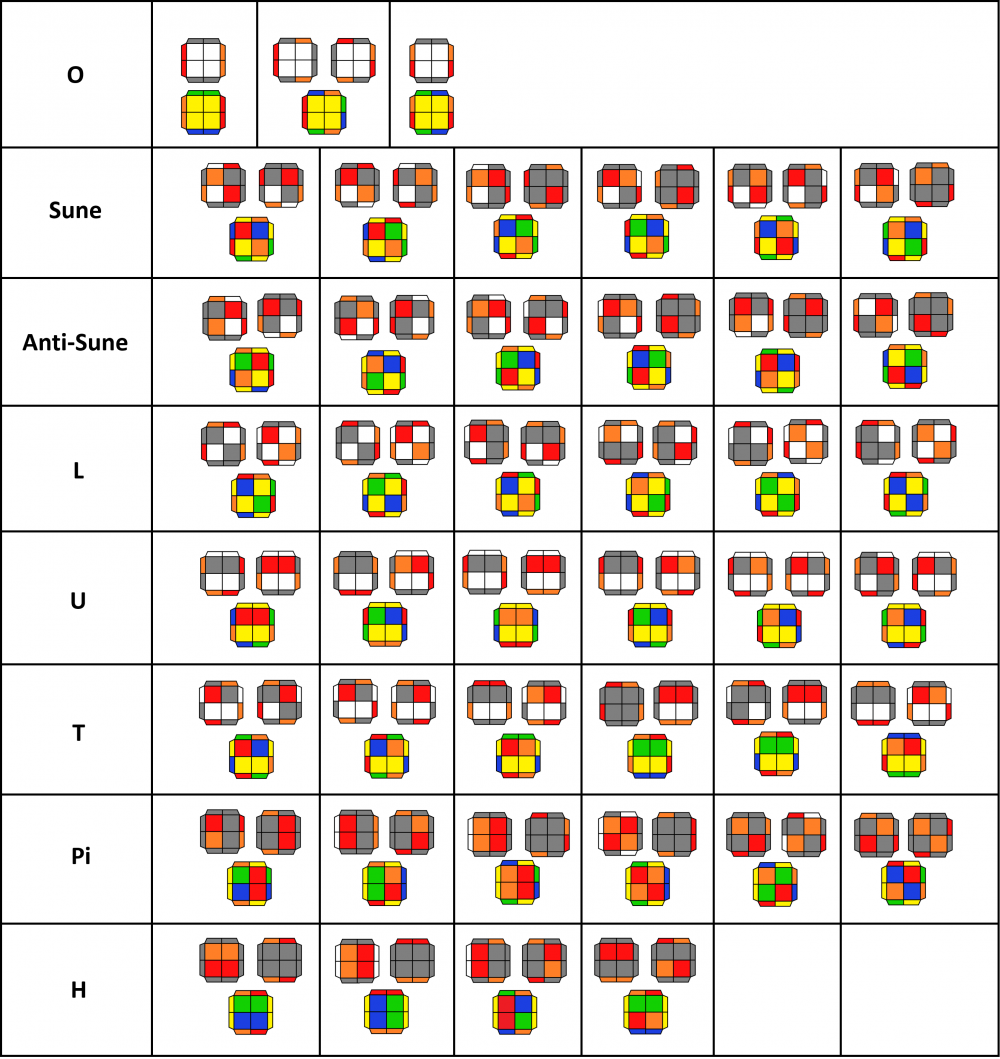