Not sure where such a thread should go - probably this sub-forum is the best for it.

I made the world's first FORCE 9x9 cubes! Preeetty sure that they're first, anyway - couldn't find any other public claims by anyone else. 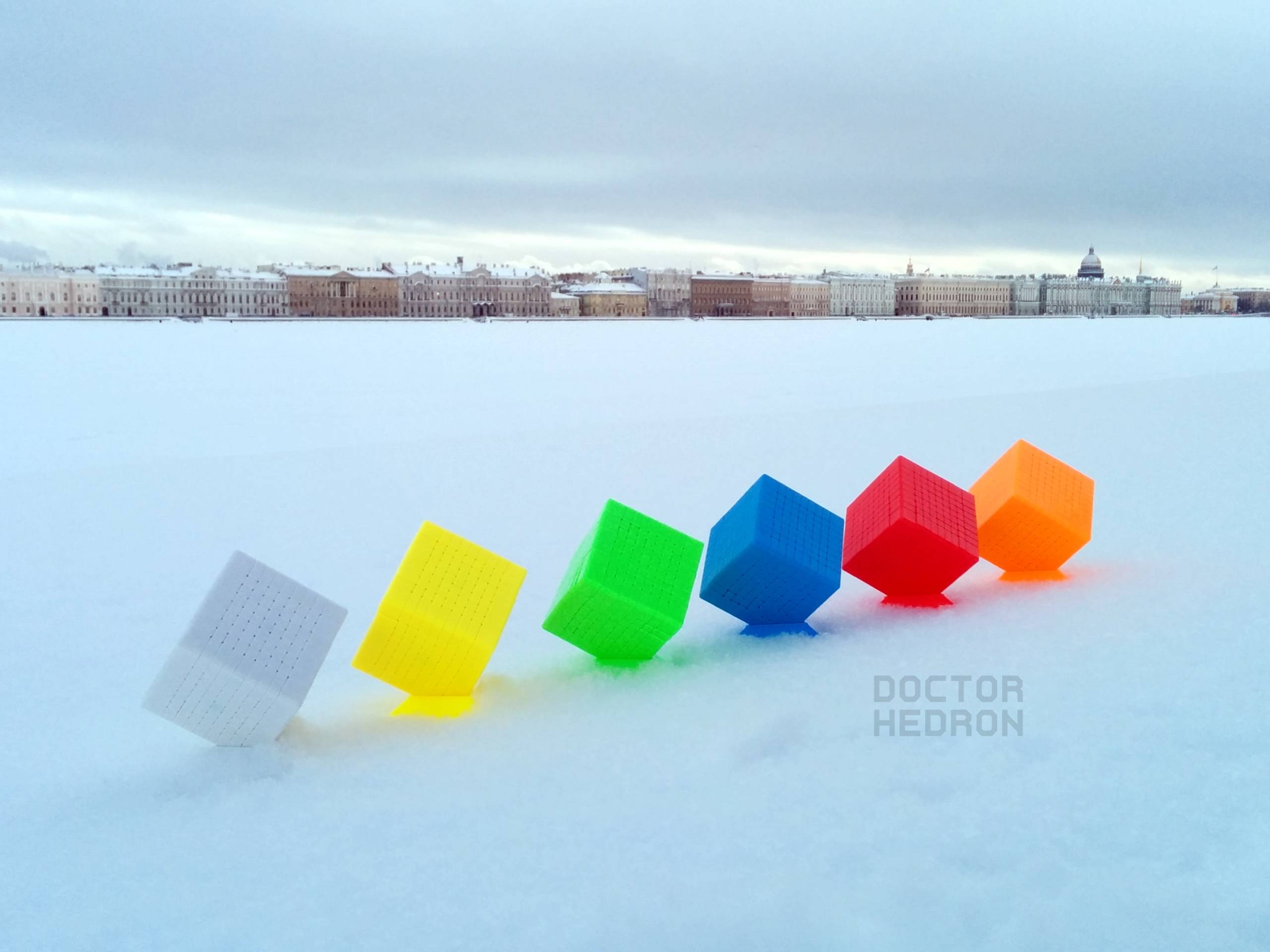 These are made from stickerless Moyu / MofangJiaoShi / Cubing Classroom MF9 cubes, which is a (relatively) new release that is budget-friendly, compact, lightweight, and all-around awesome. Also, while technically Yuxin Huanglong came in stickerless, the MF9 is the first "true" stickerless release because it has colored plastic all the way in - while the Huanglongs are primary with colored caps, which defeats the whole purpose imo. When you turn these bad boys, they are completely blue / orange / etc on the inside (except for the corner and center stalks).

The reassembly took 10.5 hours across several evenings! It could have been under 10 if I had done one of the steps more efficiently, which I realized only in hindsight. I never disassembled the cubes entirely, instead I was disassembling and swapping one side at a time. This approach saves you sanity and arguably time as well (since searching through a giant pile of pieces would be awful, and reassembling a large cube from bare bones is also a lot of hassle).

Each of these also has an extra "7th side" worth of spare parts, for emergencies - I bought seven of these, not six, and turned the 7th one into spare pieces.

I took video footage, and will probably turn it into a timelapse sometime soon. Also, I'll take pretty photos of the one that I kept for myself and stickered.

Also, I'm selling these! I'll make a proper post in the Buy/Sell section soon, but if anyone's interested, the blue, orange and white are available. Here's my stickered orange 8x8 to give an idea of how your 9x9 will look with stickers - it's a pale, gentle "salmon" orange that isn't too intense. Regarding white, I know that there's a factory white so I'm willing to make a (slightly) better offer than the shops, even though it means I'll be losing money on this one. And yes, white will be fully stickered - that's on me. Shoot me a PM if you want any of these - I'll provide links to testimonials from other people who bought from me in the past, etc.