Menu
Log in
Register
Navigation
Install the app
More options
Change style
Close Menu
You are using an out of date browser. It may not display this or other websites correctly.
You should upgrade or use an alternative browser.

The Layer by Layer Podcast

I started the reconstruction while I was solving. I'm kind of stupid.
I just had given up at this point.
^
^
Average: DNF
Last edited: Aug 17, 2020

I started the reconstruction while I was solving. I'm kind of stupid.
I just had given up at this point.
^
^
Average: DNF
Click to expand...

I think its Unreal-Man's challenge, cause it's like even more insane than Real Man

ProStar said:
I think its Unreal-Man's challenge, cause it's like even more insane than Real Man
Click to expand...

Okay, I knew it was something like that, but I was too lazy to go back in the episode to find it. I have changed it.

WHAT!?! How did i never notice this was possible!

Cubeorthims ludicrous unboxing has a 3x3x2, timestamps are in the comments, random person posted them
N

If anyone really cares, here is where you find lit whether a hotdog is a sandwhich:

nairismic said:
If anyone really cares, here is where you find lit whether a hotdog is a sandwhich:
Click to expand...

THEY HAVE A CHANNEL CALLED FOOD THEORY?!?
IS THERE ANY MORE?

Spacey10 said:
THEY HAVE A CHANNEL CALLED FOOD THEORY?!?
IS THERE ANY MORE?
Click to expand...

Game Theory, Film Theory, Food Theory. Don't think there are any others

Thank goodness! I would be freaking out of my recommendation were filled up with "..." Theory!
N

Spacey10 said:
Thank goodness! I would be freaking out of my recommendation were filled up with "..." Theory!
Click to expand...

He did joke that the next channel is 'Fitness Theory: The Aftermath of Food Theory.'

I checked it out: My 2 domino cubes don't do that move, but (as I knew before) my (Dian Sheng) Crazy 2x2x3 does that half-turn move. On that cuboid I considered it always as a legal turn - like mixup moves on a Mixup Cube.

But on a regular 2x2x3 I would not have considered these turns as legal, because it's obvious that they are not following the outer geometry of that puzzle. They are only possible because the cubies have not cube form on the inside.
Now I see that this counts for the Crazy 2x2x3 as well. These moves have nothing to do with the circle structure of that puzzle.

The illegal turns discussion makes me think of the Helicopter Cube (and related puzzles like the Curvy Copter, edge-turners of other shapes).

The cuts line up when you make an edge turn of about 71 degrees, allowing you to make a jumbling move on an adjacent axis. Was this intended by the two people (Adam and Katsuhiko) who first designed a puzzle with such a mechanism? It's uncertain whether Adam knew about it when he first announced the Helicopter Cube, but at least Katsuhiko already knew by then. They did consider jumbling moves to be valid and legal, and today it's standard practice to assume so as well.

The external appearance of cuts might not be a strong argument for whether moves should be allowed either. After all, there are puzzles like the Pandora Cube, where the appearance would suggest that it can't turn at all, and yet it's just a 3×3×3 shape mod.

But as a purist, I'd say that shapeshifting turns on a domino cube shouldn't be considered legal, even if you could execute the moves without running into physical obstructions. Besides purism, there's also the obvious argument that not every domino cube can do those moves. And yet we can't just impose a blanket ban on the domino cubes that can do M/S moves, because the most popular ones would then be banned! While M' U2 M doesn't let you go into puzzle states that aren't solvable with normal moves, it does provide a significant shortcut to the "proper" domino solution U2 R2 F2 R2 U2 R2 F2 R2 U2; allowing this would seem like a huge unfair advantage for those with M/S-capable hardware.

(Briefly going into a tangent on the copter cubes again, I've seen comments to the effect that the Curvy Copter Plus or whatever is the "true" unbandaged version of the Curvy Copter, but this is really a matter of drawing the line somewhere. You could, in theory, just keep adding new cuts to unbandage it, until the puzzle becomes unmeasurable dust at ω iterations, but clearly the most principled (canonical!) choice is to not add any cuts at all: which is to say, the original Curvy Copter!)
C

I know that your obsession with Tillamook was a while ago ( ), but I saw an article about where Tillamook's money is going, and it's not to a cubing podcast. https://www.foxbusiness.com/lifestyle/tillamook-farmers-help-farming-in-amerca

Also, when is the next episode coming out?
C

New episode! Oops, All U Moves

I should also mention for additional visibility: our alternative title guessing contest form can be found here: 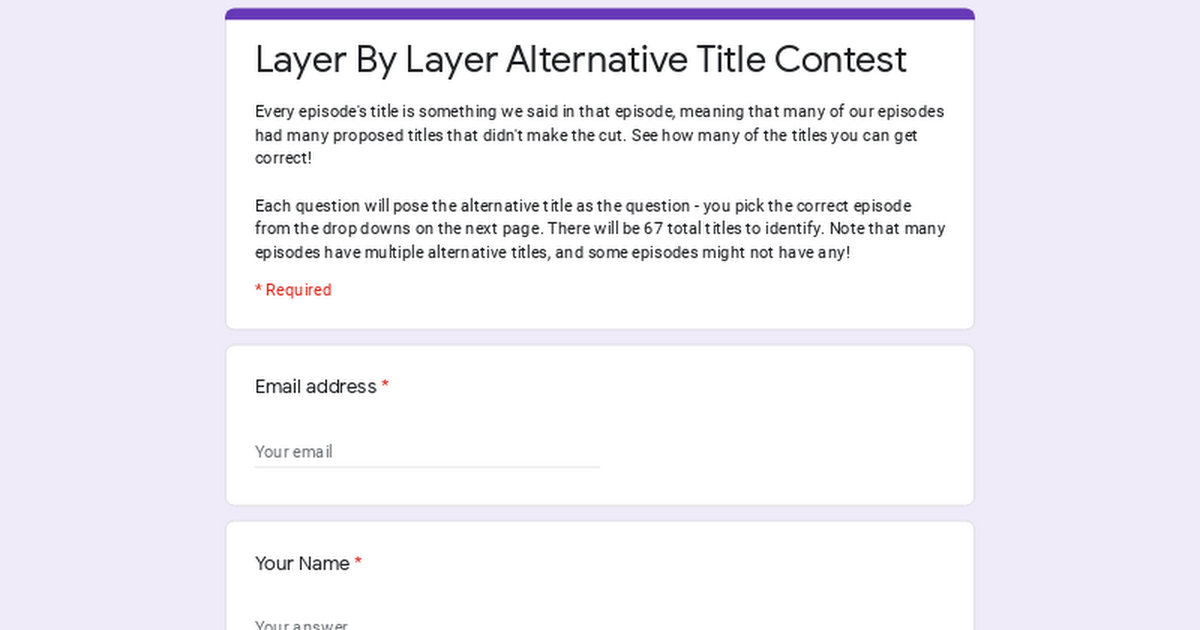 Every episode's title is something we said in that episode, meaning that many of our episodes had many proposed titles that didn't make the cut. See how many of the titles you can get correct! Each question will pose the alternative title as the question - you pick the correct episode from the...

Hope you have fun trying to figure these out, and maybe go back and listen to some old episodes!

Location
This Hellhole We Know As The British Isles

have you made a podcast about the potential of methods like ZZ, LEOR and Petrus?

The world record holder for average wasn't at the comp with the with wr single.

Eocross ZZ is basically a cfop variant (efop). I think some kids want to feel special but using bad methods not one else does. Then they can be unique or the fastest person using method x really easily.
Last edited: Oct 20, 2020
You must log in or register to reply here.
Share:
Facebook Twitter Reddit Pinterest Tumblr WhatsApp Email Share Link
Top