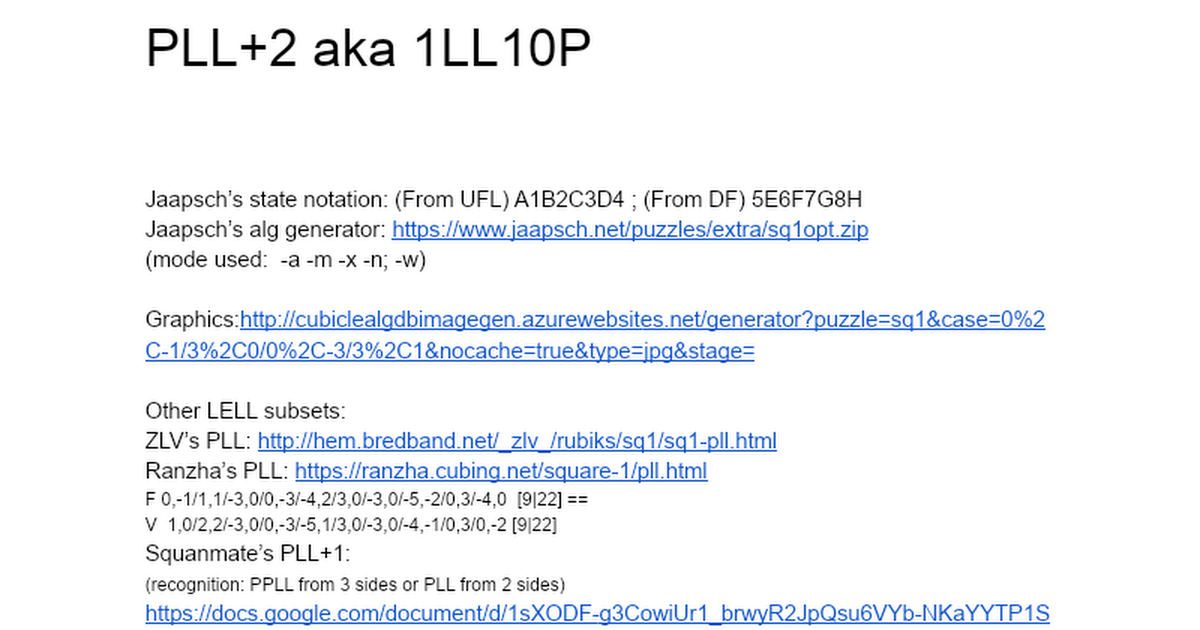 could this actually make lin a viable method?
K

ROEVOSS said:
could this actually make lin a viable method?
Click to expand...

Lin is already a viable method and this hardly makes it better.

The 72-algs sets are intended as alternatives to PLL+1, not supplements.
they solve cases of the same depth,
and conversion between any two of them only takes an M2 [2|4],
which is theoretically the move you save using all 3 sets compared to just one,
but its also already the average difference between a good [6|] case in one set
and its corresponding "worse" [8|] case in another set.
The only time youd get any further additional gain would be
when the optimal alg coincidentally starts with M2, which evidently is very rare.

I initially developed the 3-cycle set as my own choice among the 3 over the original pll+1 for better recognition.