I've recently become obsessed with the Rubik's Cube. My times aren't great(around 1 minute), but I'm getting better. I'm currently working on memorizing the OLL and PLL algorithms, which should improve my times quite a bit.

Anyhow, I got bored one day, and decided to do a 3d model of my cube(in 3DStudio Max). I've been doing computer graphics for quite a few years now as a hobby.

Anyhow, here are some 3D renders of the using various patterns, or by stacking multiple cubes. 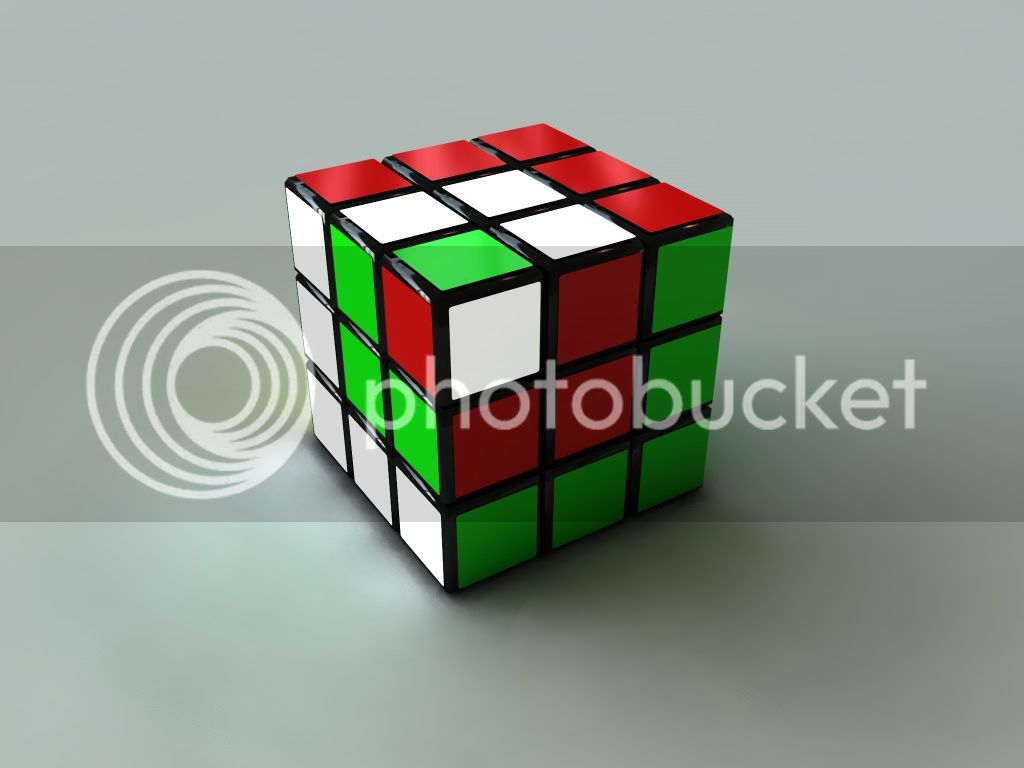 A pattern made from 21 cubes stacked in a checkerboard pattern:

Similar to the above pattern, but with three extra cubes added:

It looks like there are four cubes missing... or are they really there? (If you stare at it for a while, the three holes where cubes are missing start to look like cubes)

If you flip the above image upside down:

If you stare at it long enough, it kinda looks like a room with four boxes stacked in the corner. (Hint: yellow/white is the floor, blue/green is the left wall, red/orange is the right wall) 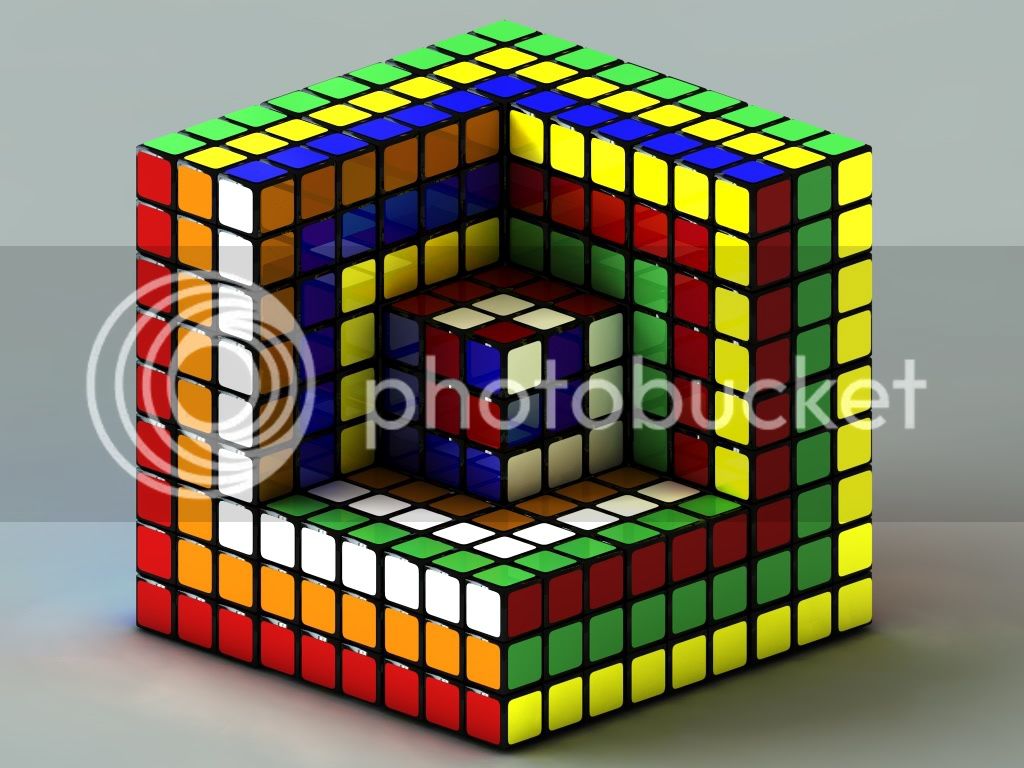 I'm not quite sure if that last one is possible to build in real life(it may not be possible to get all of the cubes into the proper pattern without disassembling them).

I know the lighting is a bit weird, and the colors for the stickers are a bit off, but it doesn't look too bad in my opinion.

Each of the single cube images took roughly 10 minutes to render, and the ones with multiple cubes took about 30 minutes each to render.

This is a cube that you can rotate by dragging the mouse around. Requires Quicktime 7 to view.

Very nice visuals. What program do you use to make them?
Pat
L

I used 3D Studio Max to make them.
D

Also, for anyone not willing to shell out the thousands of dollars for 3dsmax (or people who don't use non-free software ;-) ), similar visuals are capable with the free Blender 3D.

BTW, these images are all very nice. I just have one question. Could you turn down the specularity/hardness of the cube plastic? It is very, very shiny.

Heh. Right now I'm trying to figure out how to animate it. The problem is that none of the cubies belong to a specific face(except for the center ones), so I can't make heirarchies for each face. And keyframing every single move by selecting the nine cubies, rotating 90 degrees, saving keyframe, etc. would take forever.

I'm thinking it will require a plugin of some sort. Heh. Haven't programmed anything in a long time. The last thing I remember programming was a 3D version of pong for a school project. Never made a plugin before, though. This could get interesting.

Edit: Also, regarding the plastic, it is reflective. I'm using an HDR probe to light the scene, which is why it has the bright reflections. Now that I look at my cube, I can see that it isn't reflective to that extent. I'll tone it down a bit.
D

I have also been thinking about this how to animate a rubiks cube in 3DS or in ProE.
In 3DS is it possible to assign each face to a dummy. Each cubie also get a dummy attached to it and the cubie dummies are then children to the appropriate face dummy. In MaxScript you then keep track of which "cubiedummy" is attached to each face when turning a face. But I think asking that question is better to do on a Maxforum

The sides don't align at the end because the cube wasn't perfectly centered on the origin, but whatever.