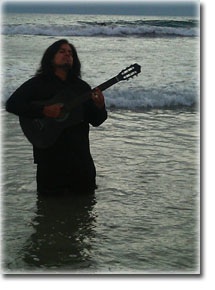 What is your favorite event, why?
3x3 One-Handed is my favorite event, because it's probably the only event I really have any chance at being remarkably good at. Unfortunately, I haven't been doing too well in competition but expect something amazing to happen. I just love the feeling of doing a good OH solve, and pressing the boundaries of what is possible. The computer simulator is my 2nd favorite.

What made you become interested in solving puzzles?
When I found out that someone in my High School (200 people) could solve a Rubik's Cube in 1:30 minutes, my goal became to beat him since I have a naturally competitive personality. I got down to 50 seconds eventually because I found out that another schoolmate had gotten 52 seconds. From then on I wanted to see if I could get world class times. And here I am.

What, in your opinion, is your biggest "cubing" accomplishment?
My biggest cubing accomplishment would be my first ever blindfold solve in competition. Although I suck majorly at BLD, I was extremely happy at the fact that I was able to solve a Rubik's Cube blindfolded in my life, something that seemed so impossible to me at one point, and doing it in competition made it official. Getting a sub-10 average is at the same level. And being the only one so far to ever have taken away NAR 3x3 average from Rowe.

What are your other hobbies?
A lot of my hobbies are finger/dexterity-oriented. I used to play Guitar Hero competitively and ranked 84th in the world at one point. I was also going to get involved with speed-knitting but didn't want to stick out at competitions too much. More seriously though, I have been playing guitar for 10 years and play other instruments such as mandolin, ukulele, harmonica, and anything I can get my hands on really. I also write songs and hip hop is a big part of my life.

What is/are your pet peeve(s)?
Okay, my number one pet peeve of all time cubing-wise, is when strangers who have never even made the effort to do any research on the subject feel confident enough to assert that, "Oh, it's not that hard, it's just AN algorithm". JUST ONE?! Ya, try a couple hundred. Trivializing something I spent years trying to be good at is not cute and really only serves to show how ignorant the person is about the issue. Like saying "Science is just a theory". Non-cubing related pet peeve I hate the most is jealousy. It's such an ugly feeling.

What will the future of cubing be like and how would you like cubing to progress?
The future of cubing will be much like it is now, obviously with more people, but I think it will die off again around the year 2020. I predict that for 3x3 times will get around 5 seconds but no faster than that, guaranteed. Hopefully televising at least Worlds will happen in the next couple years. Fridrich will stay the most common method, until one develops a highly advanced form of algorithmic multi-slotting that combines F2L pairing/insertions to get F2L consistently in 3 seconds and over all move counts to average 30-35.