Menu
Log in
Register
Navigation
Install the app
More options
Change style
Close Menu
You are using an out of date browser. It may not display this or other websites correctly.
You should upgrade or use an alternative browser.

GAN have released a teaser video of the GAN 13 Maglev ....

I deeply appreciate the effort GAN is putting into their products. They're definitely going in the right direction in terms of how they're setting their adjustment settings up. There's a reason they're considered to be top of the pack and continue to be highly reccommended even with more competitively priced products on the market.

Idk if I’m hearing this right, but it seems a bit overkill if there are adjustable magnets in the corners and edges, especially when there’s a catching issue that must be fixed, as well a a price issue. I want them to try and do what moyu did and cut packaging (drawstring bag, plastic wrapper on the cube itself, and the stupid pamphlet with algorithms everyone knows) which could take the edge off the price. I wouldn’t be surprised if it was 85 USD (£ high 60s??)
J

JohnnyReggae said:
GAN have released a teaser video of the GAN 13 Maglev ....

cant wait until the release

Pretty curious.
I know that GAN gets its share of haters for the high costs of their flagships, but nobody is forcing anybody to buy their cubes, and it seems to me that they are driving the push for innovation, which is good for the sport overall.
Let's see what they deliver.

i will save my money for ps5 games, will buy this later

Location
In the park feeding Ducks

Nice box, I was wondering where GAN has been the past eight months. I wonder if they've started working on the cube yet.

I’m looking forward to trying this out, I have all versions of the Gan 12 and 2 of the 11 Pro. My favourite is the soft feel Gan 11, unfortunately I’ve misplaced it so have been using my bog standard Gan 11.

I have used the Uv Gan 12 recently and then switched back to the 11 As the 12 just feels strange, it feels too light. I have no issue with the price of the Gancubes as I would spend more on a night out on the razz, but then I try to be mindful that Speedcubing has a very young demographic and so the price becomes an issue for some.

Anyway, bring it on Gan, feeling excited for it.

LBr said:
Idk if I’m hearing this right, but it seems a bit overkill if there are adjustable magnets in the corners and edges, especially when there’s a catching issue that must be fixed, as well a a price issue. I want them to try and do what moyu did and cut packaging (drawstring bag, plastic wrapper on the cube itself, and the stupid pamphlet with algorithms everyone knows) which could take the edge off the price. I wouldn’t be surprised if it was 85 USD (£ high 60s??)
Click to expand...

I'd actually tend to agree, actually, though I'll try and go into depth and attempt to explain both issues.

First up the locking and catching ability:

The corner feet have very rounded top-fillets, the under-fillets on the centers are also very rounded too. The centers are also chamfered on the sides too, all of these features designed to promote a very high level of flexibility. As a consequence, this also means that there's a bit of a lack of tactile feedback in the cube's mechanism that gives the user an idea of how accurately they are turning, and thus can result in some lockups. No amount of magnets can really change this aspect about the puzzle, truthfully, as there will always be a point in the turning where the magnets disengage with one another and the cube's mnechanism is relied upon exclusively. Conversely, this means the cube is better for lighter and more accurate turners who rely less on the cube's tactility, and could reap benefit from the flexibility.

In summary, the main point is that GAN cubes have a lot of design elements that promote flexility over stability, and this could be either useful or detrimental to speedcubers.


I don't think GAN is going to deviate from their flexible design philosophy anytime soon, especially considering that it's an integral part of that "GAN Feel." Every brand has its own distinct feeling which often stems from the design philosophies of each individual designer. Different designers look for different qualities in a speedcube; what one designer strives for is something another designer might want to stay away from; I can attest to myself that I certainly wanted my cube do have more tactility and inherent stability. It's often a game of competence and what is most desired on the market at that time.

GAN seems to be prescribed to the philosophy that their innovations are within their cubies and not within the raw design of the product. This philosophy manifests in the form of part assembly and magnetic technology, with only the slightest changes to the mechanism. A potential downside to this philosophy is that it can put GAN in the position of where they almost need to do something new with magnets every year in order to maintain their place in the communitty. The 11 had core magnets. okay. How do we make this better for the 12? Maglev, a new center adjustment system, and leap magnets. So now it's 2022, and we need to release something new. What do we do now? When you're coming from that much technology, you can only really try and push that bar higher when people expect a release every single year.

Yes, GAN's products are expensive, but they also have a lot of legacy hardware with mechanisms that are nearly identical, and consequently have comparable performance. Just because they make their best incredibly expensive doesn't mean you won't get access to the bulk of technology that ultimately matters. It's not like they're immediately going to discontinue the previous year's flagship models the second the 13 comes out. I wouldn't worry too much.

Edit: I do agree about accessories. Less is more, imho 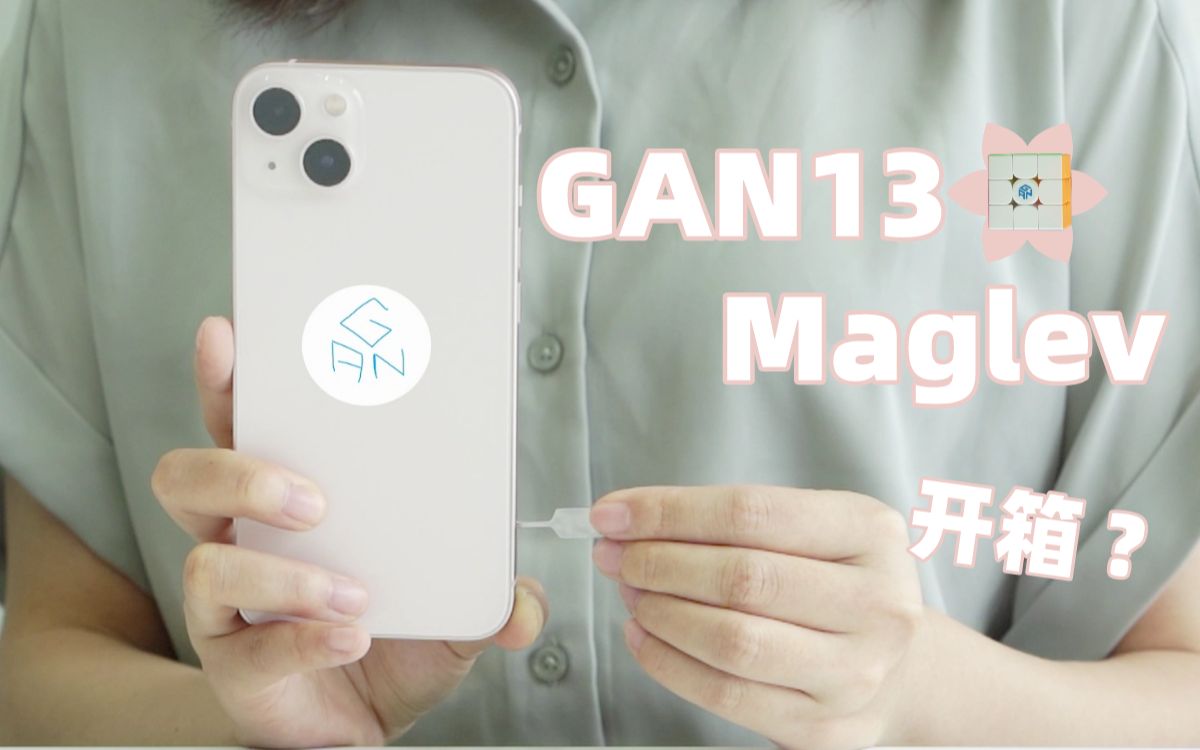 Location
the rainforests of Sumeru

JohnnyReggae said:
GAN have released a teaser video of the GAN 13 Maglev ....

I cant wait to use this cube for MBLD.

I am rich so I can use Gan 13 Maglev for my big MBLD attempts.

abunickabhi said:
I am rich so I can use Gan 13 Maglev for my big MBLD attempts
Click to expand...

how the heck did you get enough money to buy enough Gans for mbld? Did you win a mrbeast challenge or what?

it's the cuber not the cube

the_chad said:
it's the cuber not the cube
Click to expand...

New GAN cuber: GAN 13 maglev. This cuber has maglev technology and a thirteen in his name!! This cuber will be very expensive but don't worry, there's an awesome cuber-box that comes with it!!

Not quite sure I get what the fx is supposed to be.