There is something great about spring swaps especially on big cubes. It's fairly easy to do, you don't have to file anything down and get cube dust everywhere. Below is my list of spring swaps and the results I've gotten so far. I'm usually installing softer shorter springs than the default to get an easier turning cube. I know some of these are very standard but some are not. Feel free to add your own to the list.

55mm Zhanchi + Fanshi springs + one extra set of washers = Magic. It's not smooth yet crunchy it's now liquid but the pieces almost rattle.

Shengshou 4x4 + DaYan springs = No good. The outer layers get far too loose even free moving and the cube can't be controlled.

Shengshou 5x5 + Cyclone boys 3x3 springs = I think this is the right balance for this cube. Faster than stock, more control-able than DaYan springs.

Shengshou 6x6 + DaYan springs = Good. Not as loose as the others but better. Isn't as fast as the 5x5 but good.

Mini Shengshou 7x7 + DaYan springs = Very Good. The center layer is stiffer than all the others but this little puzzle is very enjoyable.

Shengshou 7x7 + SS 6x6 springs = Magic. I can't believe how this thing moves. Somebody else has to try this and tell me I'm not crazy.

Not working well:
Shengshou 5x5 + DaYan springs = Good. Moves much easier. Like with most spring swaps you need to tighten the cube to avoid pops but the cube is far faster tight with these springs than loose with the default. There is a limited sweet spot and something was just missing with this mod so I eventually gave it up.

Shengshou 4x4 + SS 5x5 springs = Faster. Faster but this one borders on being like the 4x4 + dayan srings. This one is crazy because the new springs look and are shaped exactly like the old ones but are just a touch softer. The springs are so much alike I wonder if it's a placiebo effect. None the less the cube is looser and faster.

Shengshou 4x4 + the absurdly soft springs from a Vcube 4 DIY = Very fast. It takes no force to turn but it's catches more if you go very fast. I wish this worked but it doesn't.

Shengshou 6x6 + the absurdly soft springs from a Vcube 4 DIY = Faster than the dyan springs in this puzzle but I worry about poping. Took these out and went back to DaYan springs for this puzzle.

I've tried putting Fangcun springs into an ss 6x6. It's decent, but I'm not sure if others would like it because it still feels a bit tight. But I like tight cubes :3

vid for ss 7x7 with ss 6x6 springs please. And I'd like to add SS 4x4 with SS 6x6 springs. I lost one of my ss 4x4 springs and added a temporary substitute from my spring collection, but it always felt weird. So when I added Dayan springs to my 6x6 I put the original 6x6 ones to my 4x4. It explodes about once every 250 solves, but it's pretty good. I didn't even do the Florian mod to it, just Konsta and a mod from Mf8 forum.

Francis showed this to me a while back. I'll get pics and up in a bit, and there are a couple of 4x4 vids in my channel, I think you just subscribed to me a few days ago 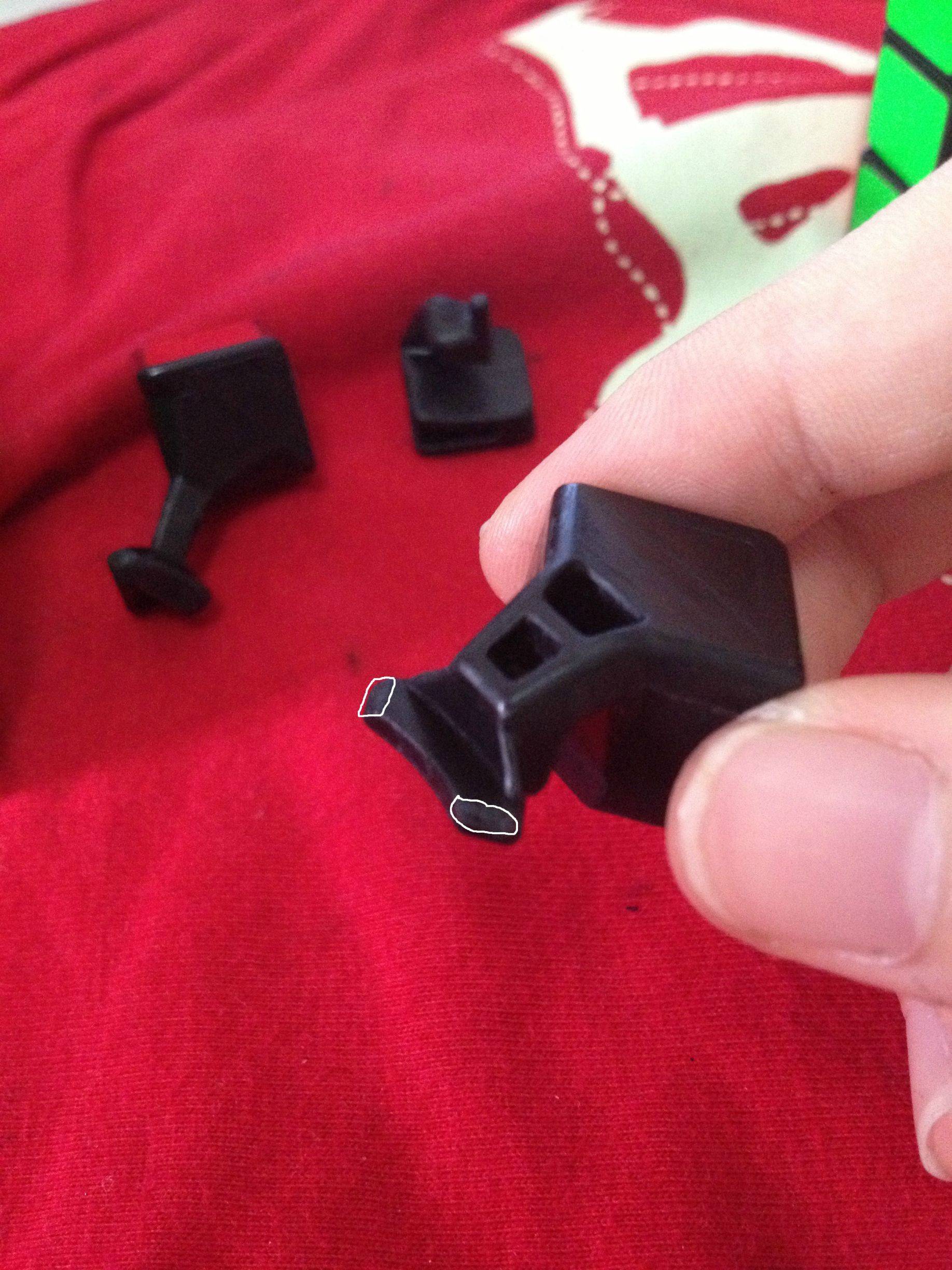 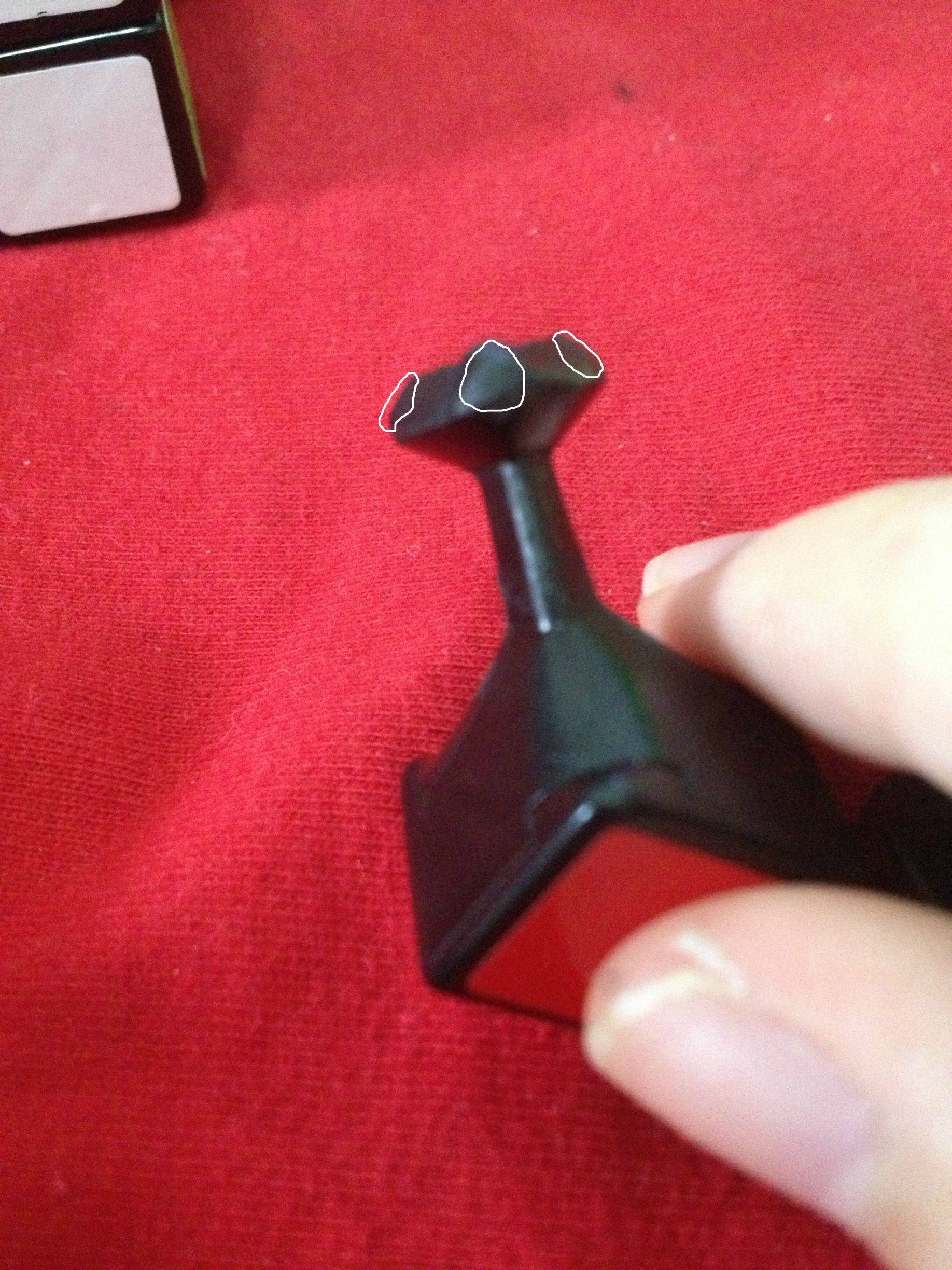 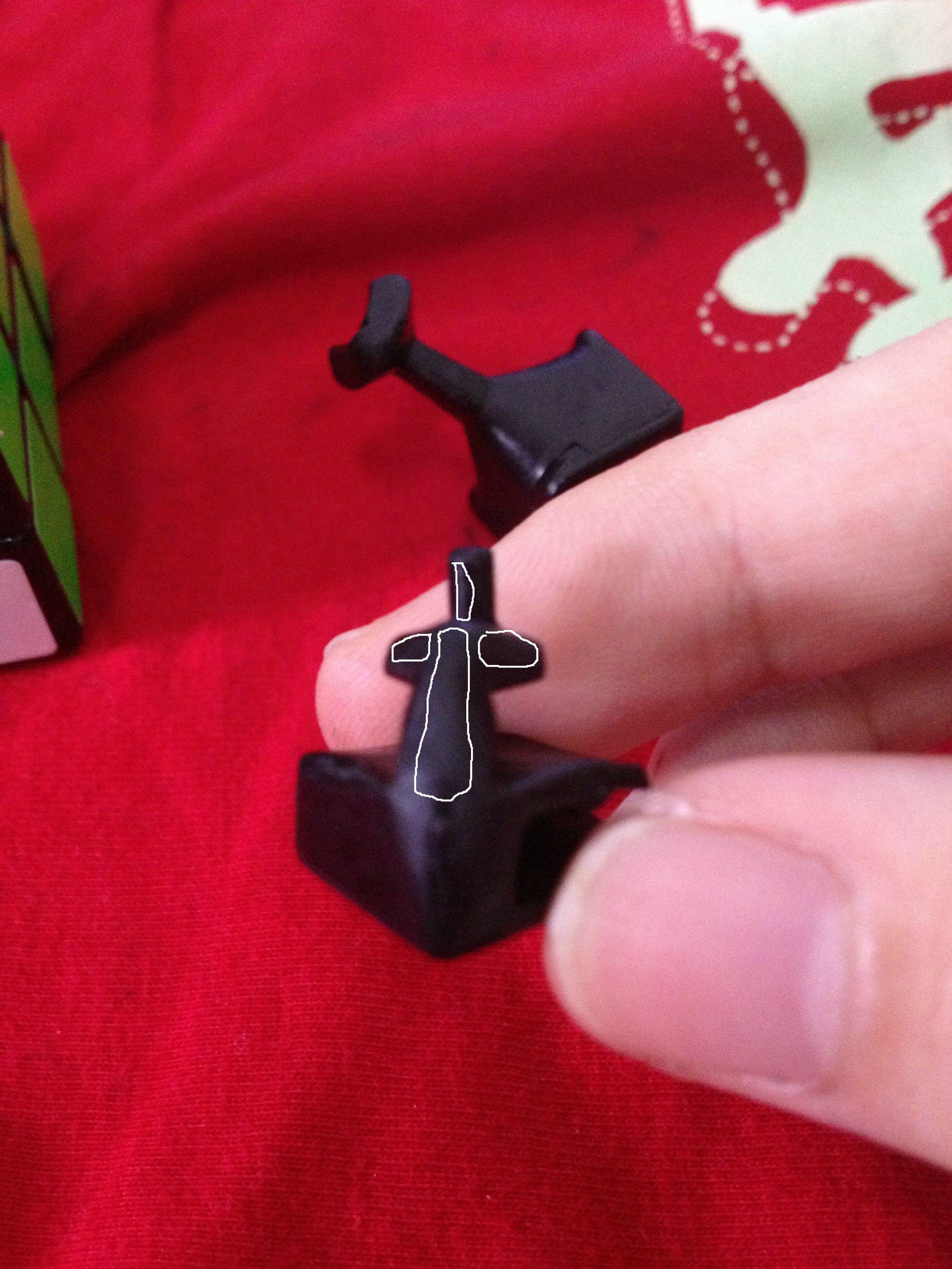 Ok cool. The edge piece mod looks kind of like the 48 point edge mod. Might do it to one of my 4x4's if I get the chance too.

And yeah, I subbed. And you subbed back :3

ottozing said:
Ok cool. The edge piece mod looks kind of like the 48 point edge mod. Might do it to one of my 4x4's if I get the chance too.

And yeah, I subbed. And you subbed back :3
Click to expand...

Yup, just round all the parts with a knife. The centers might take a bit of shaving. It can be done really quickly. You're welcome
C

I have a Shengshou 7x7 and modified the springs by replacing them with springs from a 3x3 (forget which one). To get these to work I had to insert spacers (like very thick washers, but about 4mm thick). I made these from the insides of ball point pens.

An easy spring mod is to shorten your springs with a Dremel tool.

Location
Don't Worry About It

can you show a video of the SS7x7 with SS6x6 springs? Sounds very cool

Does it encounter the issue of pieces getting misaligned as when the cube had it's original springs in it?
Last edited by a moderator: Apr 7, 2016

would the spring shortening work on a guhong, and if so how much of each spring should I take off?

JianhanC said:
Does it encounter the issue of pieces getting misaligned as when the cube had it's original springs in it?
Click to expand...

I think because I have it tensioned tighter that happens less but it can still happen. The tension on the cube is such that the center layer doesn't pull apart at all and the outer edges can only be spread out less than a cubie on each side. That kind of tension helps a lot. I know with the tensions loose or normal and with softer springs it would be awful misaligning and popping all the time.
Last edited: Mar 10, 2013

Lchu613 said:
would the spring shortening work on a guhong, and if so how much of each spring should I take off?
Click to expand...

I don't know. I haven't tried that. Like every mod it would be at your own risk. I would try 1.5 - 2mm or so but only after I tried lubing the springs and washers first. Also it would be a good to have a spare set in case you didn't like it.
Last edited: Mar 10, 2013

Ok, thanks, I think I'll stick to normal springs
Urgh, I hate modding anything other than rubik's brands

I swapped the FangCun springs with mechanical pencil springs and it is beyond great now. I'm a teacher and my students are all the time leaving empty pencils around so I collect them and remove the springs. They are good and soft, but offer enough resistance to allow the screws to be screwed in more and the torpedoes to actually work so it won't pop. It made my stickerless FangCun move better than my Zhanchi!

I swapped out the Zhanchi springs for some extra Fangshi springs that I got (since the first core set I got was screwed up). It made it much faster and slightly looser feeling, but it pops less if anything, and corner-cuts better. If you like the flexibility of the Fangshi but the feel of a Zhanchi this is a good one, and also it's actually faster than my Fangshi, as well as that Lingyun v2 that I had for a while.

For comparisons I have Lubix+Maru+some Calvin's High Viscosity in the Zhanchi, pretty much nothing in the Fangshi (other than wiped-out remains of Lubix), and I had Calvin's in the Lingyun v2.

The Zhanchi also has the CPM, corner base mod, and Lagom's version of the 48 PEM (rounding off the tips instead of the ridges). It's awesome.

Has anyone put c4u springs into a SS5x5? I florian modded mine and I'm getting some screw and spring sets from c4u soon. I've heard different opinions on using dayan springs but c4u I haven't found anything on the subject. Did anyone try it out? If not, I will and I'll post about it.
You must log in or register to reply here.
Share:
Facebook Twitter Reddit Pinterest Tumblr WhatsApp Email Link
Top